The ‘anchor series’; was a series of interventions tailored uniquely to a building or space.

As I journeyed around a site, usually unknown to me, I attempted to fit my body into the nooks and crannies, holes and cavities that existed within its architecture and the objects found there, using my body as a medium through which to explore the poetic life of a building, the threshold between bodily self and material thing and the playful encounter that occurred between audience, body and site.

The anchor series was in part influenced by the figure of the ‘anchoress’. A medieval female hermit, the anchoress was usually a nun who chose to be shut up for life inside a small room attached to a church. This act of living entombment and incarceration I found both deeply fascinating and disturbing, metaphorically mirroring some of my own artistic concerns: the housing of the body in site; the rite of disappearance and loss; a vision of the sanctity of bricks and mortar, protected, anchored and mediated through a human presence.

It is for this reason that an anchoress is called an anchoress, and anchored under a church like an anchor under the side of a ship, to hold it, so that the waves and storms do not pitch it over. 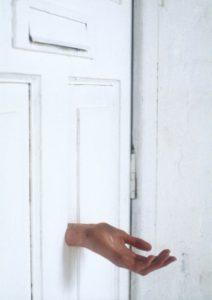 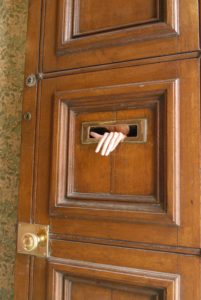 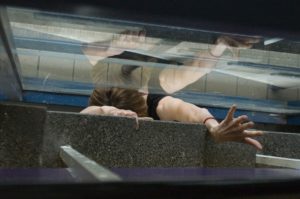 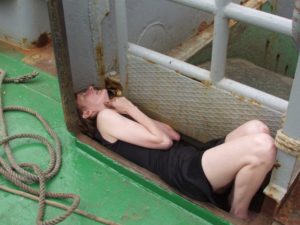 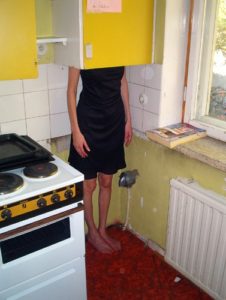 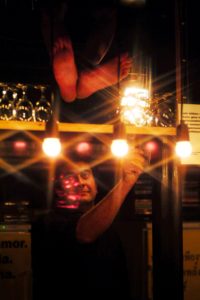 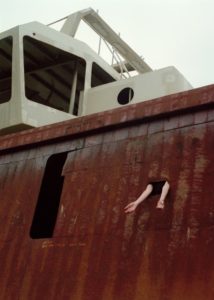